Pushpa Pallaki Seva Tickets Availability (Pushpa Pallaki Seva)The According to the tradition followed by the Devasthanams, temple accounts begin from Dakshinayana (winter solstice) in July. This annual seva in Tirumala is celebrated by taking the Lord on a Palanquin (pallaki) decorated with flowers (Pushpam). This tradition is also called as Anivara Asthanam.

This Anivara Asthanam will only take place infamous hill temple of Lord Venkateswara at Tirumala, and this is one of the most important annual festivals with the sequence which begins observed with religious pomp and joy every year at the favorable time of the sun entering the asterism of Karnataka in the collection.

This special festival is celebrated on July 16 generally, on this day the past year accounts are submitted to the Lord and start a new finical yearbook. All principal officers of the temple hand over their emblem of the office at the feet of Lord and take them back.

This ceremony signifies that Lord accepted them to hold their respective offices as he found then fit. The new book will be given for recording next financial year, as per temple terms, this process is called as “Asthanam”. All this process will be performed inside the sanctum near Bangaru Vakili in the presence of Lord Malayappa and his two consorts 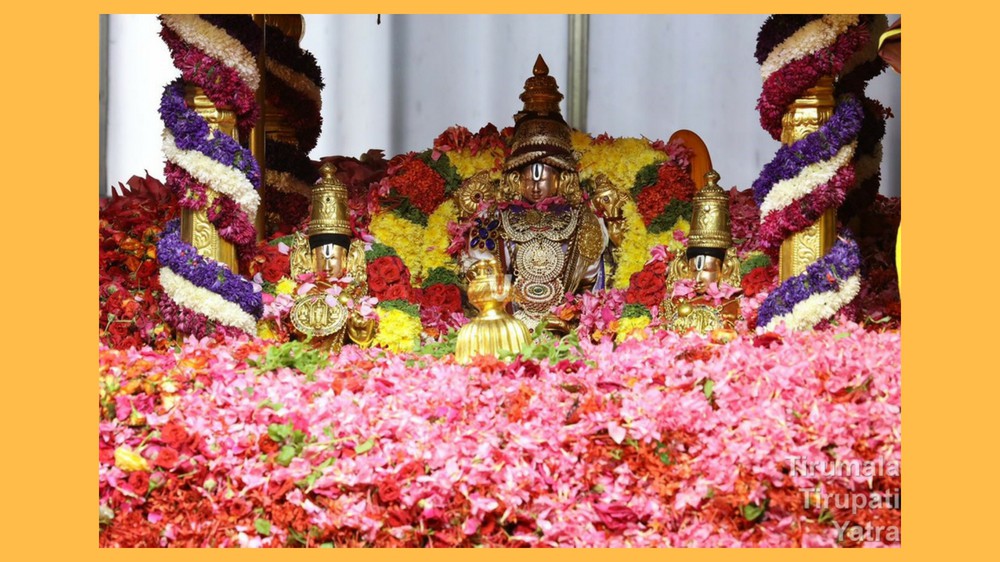 This process starts at 7 am to 9 am and Arjitha seva will be canceled on account of this festival.

Conversely, in the evening there will be the ritual of Pushpa Pallaki between 6 pm to 7 pm where the processional deities of Lord Malayappa swami along with his 2 divine consorts bordered on either side on the top of the flower decorated palanquin was taken around in a grand procession around the mada streets encircling the hill shrine.

This pallaki decoration will be done by the expert florists from states of Tamilnadu and Karnataka, who are specially made for the purpose and they spend hours together with several pain in decorating the palanquin

The model of the golden cover atop the flower decorated palanquin a was a cynosure to the eyes of the devotee, thousands of pilgrims see this colorful procession which preceding for more than 90 minutes 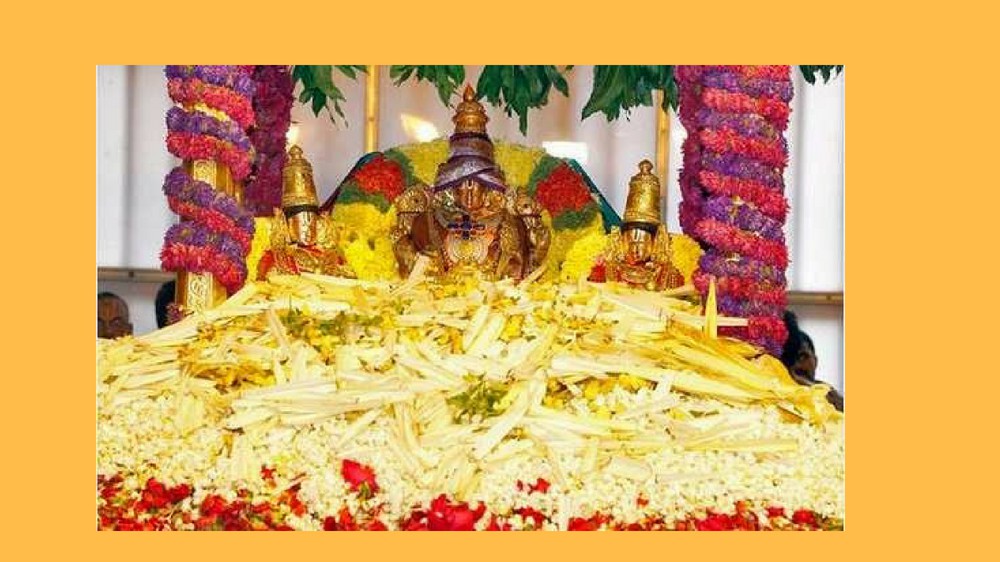 Advance booking is available for this seva, and you can collect the tickets one day before in Vijay Bank counters. But it’s not so necessary to book the tickets as the Lord is taken on the tour in the temple streets. So it is visible for all devotes.